Masternodes can be a lucrative investment. At the same time, however, they are always a difficult topic when it comes to serious processing. Because especially with cryptocurrencies that make use of this technology, there are a lot of dubious projects.

And even then, when you have filtered out the worst candidates, many serious projects still carry a high risk. In many cases even higher than for other cryptocurrencies.

So our guide tries to bridge the gap. The first part is dedicated to all interested parties who are looking for a compact explanation of what a masternode is and how it works. The second part aims to provide readers with insights and also a checklist to help them protect themselves from dubious projects. Finally, we will go into service providers that enable the operation of a masternode via hosting or pool.

What is a masternode? 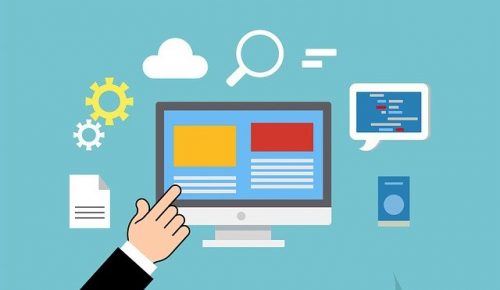 A masternode is a network node that, in addition to conventional tasks, also performs special tasks within the network of the respective cryptocurrency. For operating the masternode and completing these tasks, the operator is rewarded with cryptocurrency. Tasks may include:

A server is required to run the masternode, usually a relatively small VPS (=> http://www.peer-server.com/vps-for-masternode/)  is sufficient for this purpose. Alternatively, there are a number of providers who take over the hosting for a fee and thus save a lot of work.

In addition, you need a certain amount of the respective cryptocurrency and have to hold this deposit permanently so that your own node also qualifies as a master node. Those who cannot afford the necessary coins can also go to a masternode pool with a small deposit.

Therefore, owning a deposit – usually acquired through purchase, in some cases acquired through mining – is always associated with the operation. The reward itself comes from the so-called block reward, which masternode operators share with miners in a fixed ratio. The reward can vary in amount depending on the cryptocurrency.

Often, the reward that the operator receives is considered in the context of the deposit made. Therefore, we often talk about “ROI”, which means “return on investment”.

On the one hand, these fluctuations are caused by the fact that the respective cryptocurrency is subject to exchange rate fluctuations against bitcoin and the US dollar, if it can be traded directly against dollars or euros at all.

In addition, the Block Reward changes for most cryptocurrencies and is reduced again and again over the years. In addition to the Block Reward, in some cases the percentage reward also reduces because the deposit made has to be topped up higher and higher (tiered masternode).

Difference to Proof of Stake

As you can see from these examples, masternode technology is to be distinguished from “Proof of Stake”. While a deposit must be held here as well, it is not primarily about verifying transactions. In fact, proof of work and masternodes are not mutually exclusive. It is often the case that miners and masternode operators share the block reward in a certain ratio.

In addition to special tasks, a masternode also handles general ones. These are the same tasks that ordinary network nodes perform. First and foremost, these include the distribution, storage and dissemination of the network itself. Miners verify transactions, and nodes distribute them across the network.

Without sufficient distribution by different nodes – preferably as many as possible – the decentralized nature of the network is lost. All cryptocurrencies that do not use masternode technology ultimately rely on the voluntary efforts of operators.

Thus, masternodes are meant to contribute to making the cryptocurrency in question more secure and ensuring that it scales better. 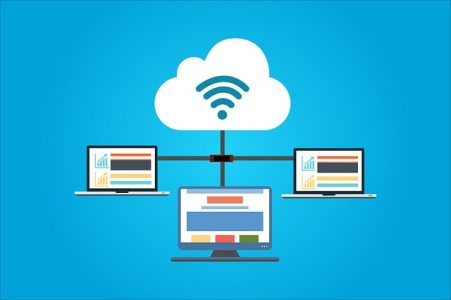 To help you avoid some of the problems that can come up with choosing a Masternode Coin, we would like to summarize a few important points. The list is not exhaustive and you should add to it where your individual situation requires it.

As with all other assets, the same applies here: When in doubt, always involve a professional investment advisor.

Those who can afford to buy enough coins from a cryptocurrency will be faced with the problem of hosting a masternode themselves. For tech-savvy users, this won’t be a problem, but a certain amount of effort has to be put into maintenance on a regular basis. In addition, you have to pay for the server yourself.

If you want to save yourself the trouble or are not able to host yourself, you can also switch directly to a provider who takes over the work completely. Due to the fact that the providers are specialized in this field and bundle the resources, they are in some cases hardly more expensive than renting a VPS.

Host a masternode yourself

A VPS is a small virtual server that is usually rented from a provider. The actual masternode is run on it. Renting a VPS makes sense because you need a static IP to run the masternode. Thus, from a technical point of view, the VPS is the vital component if you want to operate a masternode yourself.

As a general rule, packages that offer the following are recommended:

Opinions differ on the choice of operating system. Generally, Linux is recommended because it is the best system for running servers. Which distribution is a matter of personal taste. In addition, Linux is available for free.

However, it can be problematic if you have no knowledge or previous experience with Linux or Windows Server. Because besides the configuration to start the node, updates have to be installed at some point.

Allnodes (=> https://www.allnodes.com/) is a provider based in the USA. In addition to a high range of cryptocurrencies, Allnodes also offers a staking service in addition to hosting masternodes, but it is still limited to the cryptocurrency Pivx. Users can only keep their account in credit. To do so, one loads it with at least $10 or more. After that, one can host one or more masternodes and Allnodes also provides step-by-step instructions for this. This makes it relatively easy for beginners to get started, but they also have to take care of the self-storage of the coins, among other things.

If you don’t have enough money to afford enough coins for a masternode, you can buy a fraction that would be needed to run it and go to a pool with it. There he will be rewarded proportionally for the contribution made. This system makes it possible to generate passive income with a relatively small investment. If you compare the costs of investing in an established cryptocurrency, then it quickly becomes clear why many users rely on a pool.

The disadvantage of the pool is that you give up control over your coins. This is because you deposit them. This places a high level of trust in the provider. If the provider has a data loss, suffers from a hack or simply disappears, then you can no longer get your money.

Nodepools (=> https://www.nodepools.com/) is a service that lets its customers invest proportionally in masternodes. This allows you to generate passive income even with small capital, but you also have to trust the provider. The company behind Nodepools is based in Georgia.

Furthermore, one registers with Nodepools by giving his name and address. A special feature is that you are not paid in the coins you have invested in, but you get Bitcoin back in return. You can either deposit in the cryptocurrency you want to invest in or in Bitcoin. If one opts for the latter, then there is a fee for the exchange transaction.